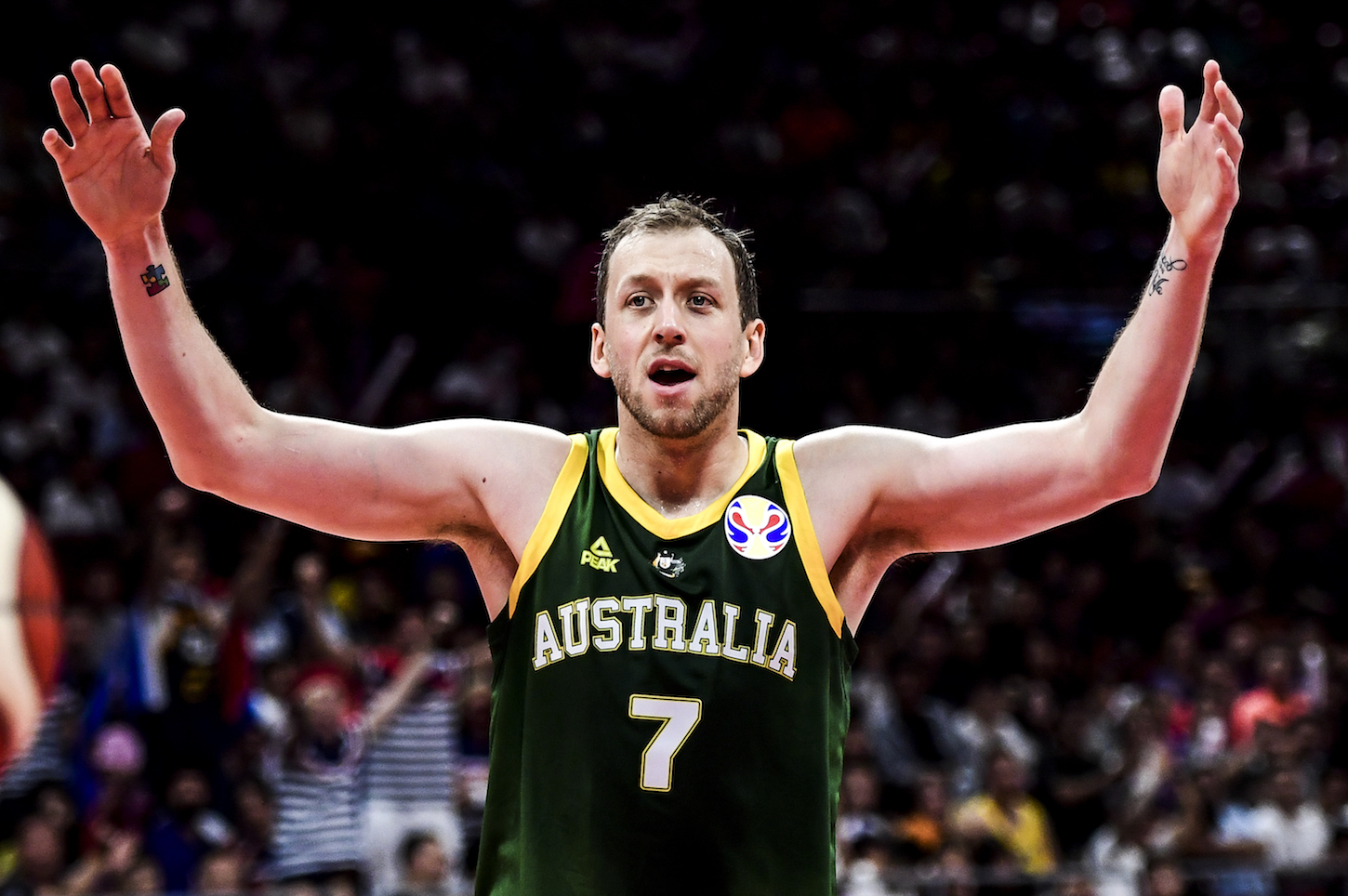 Five thoughts on the Australian Boomers’ 67-59 loss to France in the third-place game of the FIBA World Cup from NBL Media’s Liam Santamaria.

THE AGONY OF DEFEAT

After marching into the medal rounds with a 6-0 record, the Boomers lost their final two games at the 2019 World Cup in heartbreaking fashion, squandering sizeable second-half leads on both occasions.

The result: yet another fourth place finish.

Yes, it ranks as the highest ever placing for our men’s team at a World Cup, but after landing in that spot at four of the past eight Olympics, it also doesn’t really feel like a breakthrough.

This was a campaign that promised so much, delivered a bunch but ultimately fell agonisingly short.

The pain of that missed opportunity is real. For all of us, sure, but especially for those wearing the uniform.

“Having a group of guys who are so committed and so passionate about playing for their country… to see the hurt in those guys, that’s the bit that is hard to overcome.”

Lemanis also took the chance last night to reflect publicly on all those who love and support the game back home.

“There’s so many people involved in basketball in Australia who got behind the team and were hoping for a medal,” he added.

“People who put in work at grassroots right through to elite levels who you want to deliver for. Unfortunately we weren’t able to get that done.

“But I’m really proud of the team and the way that we played and the way we represented Australian basketball on the world stage.”

So he should be. We all feel the same.

Before we break down what went wrong in the second half last night, let’s take a minute to focus on a positive: the superb defence the Boomers played across last night’s first half.

Man that was impressive.

The Boomers were tough, disciplined and completely uncompromising in those opening twenty minutes, restricting France to just 21 points on 25 percent shooting from the field.

The Aussies’ focus and discipline consistently corralled the French players into low-percentage looks, kept them to just five free throw attempts and forced them into nine turnovers.

Their own offence sputtered down the other end (the Boomers only put 30 on the board in the opening half) but if you ever want some clips on how to defend at a high level, get your hands on the vision from the first half of that game and focus on the Aussies.

THE FRENCH ADJUSTMENT THAT CHANGED THE GAME

After entering half-time with a 9-point lead, the Boomers extended that advantage to 15 early in the third quarter on the back of a 10-4 run.

French star Evan Fournier found room for a much-needed three to stop the bleeding but with a tick over six minutes left in the term, the Boomers were heading to the foul line leading by a dozen.

Everything was tracking nicely for the green and gold.

It was at this moment, however, that experienced French coach Vincent Collet made the game’s key in-game adjustment.

In an effort to get more rhythm and flow into his team’s offence, Collet went small, shifting 6-foot-8 wing Nicolas Batum to power forward. It was a move the French coach often made during second halves across the tournament and, with third place on the line, it worked a treat.

Shifting Batum to the four at that moment mean he’d be guarded by Aussie big Jock Landale and the move paid immediate dividends with the skillful Frenchman soon shaking loose from Landale to drill a catch-and-shoot three.

Lemanis snapped a quick-trigger time-out after that shot and in the huddle, Aron Baynes roared at Landale to stick with Batum. No change was made, however, and France cashed in over the next few minutes by playing through their NBA vet.

Straight out of the time-out Batum set up Vincent Poirier for a dunk, he then dimed up Nando De Colo and a minute later he set up Fournier for an easy floater.

“When we put him as a four he gave us more quickness,” Collet commented postgame.

“We made him come off screens three or four times in a row and each time it was a different basket.”

Lemanis responded by re-inserting Mitch Creek in place of Landale but by that time Les Bleaus were rolling and soon it was a one possession game on the back of a scintillating 14-2 French run.

Across a three-minute stretch late in that third quarter, Batum hit a triple, threw three assists, had two steals, rejected a dunk attempt from Baynes and drew two offensive fouls – all while playing as an under-sized power forward.

“He was the first one to give us back our flow and after that everybody did the same and we played much smarter,” Collet added.

“Once we came back at the end of the third quarter we could see that the game had changed.”

THE BOOMERS RAN OUT OF LEGS

Of course, it wasn’t just Collet’s clever adjustment that turned the game in the second half.

Fatigue also set in for the Aussies late in that third quarter, creating a perfect storm that spelled doom for Lemanis’ men.

The Boomers had battled through a marathon semi-final two nights earlier in which Patty Mills (45), Joe Ingles (43) and Matthew Dellavedova (39) had all played major minutes.

It was always going to be tough to back up after that.

There’s also something to be said for the cumulative effect of the heavy minutes those guys logged across the two weeks.

After all, Mills (who was sadly overlooked for a spot in the tournament’s All-Star Five) and Ingles led the entire World Cup in total minutes played while ‘Delly’ ranked fifth.

Whereas France’s best players grabbed plenty of rest in big wins earlier in the event – no Frenchman ranked inside the top ten for total minutes played – our key guys never really got that chance. Then, in their semi-final loss to Argentina, no French player spent more than 29 minutes on the floor.

Earlier in the tournament the Boomers were magnificent at punishing pressure D with sleight of hand and lightning-quick feet. When opponents denied their catches on the perimeter, the Boomers quickly went to their counters; using speedy back-cuts to create easy finishes at the rim.

As the tournament rolled on, however, those buckets dried up. Instead of releasing the pressure, our guys tended to fight it; sending Australia’s offence further and further from the basket and later and later in the shot clock.

That’s precisely what happened in the second half against Spain and again last night against France.

“Once you get a little fatigued that leads to some turnovers and a bit of lack of execution,” Lemanis reflected.

“When you shoot 4-of-17 from the three-point line and have 19 turnovers, that’s perhaps a sign of fatigue and our offence not being as crisp as it needed to be at critical moments.”

This is where the Boomers’ lack of depth came back to bite them.

In Tokyo, Lemanis will have more world-class weapons at his disposal, allowing for a greater spread of minutes across the event. That, more than anything else, will be the key to taking the next step.

SHOUT-OUT TO OUR NBL GUYS

With the 2019 World Cup coming to a close, it’s time now to turn our attention back towards the upcoming NBL season.

There’s no time for rest, either, with the pre-season Blitz set to tip off this week and the regular season now just a couple of weeks away.

Before we completely leave China though, let’s take the opportunity to celebrate all the NBL guys who represented our league on the international stage these past couple of weeks.

The World Cup featured a number of former NBL players as well as a massive seventeen guys set to suit up in the upcoming season.

There’s a whole heap of world-class talent with plenty to prove in the NBL this season.

The Boomers, of course, featured seven current NBL players with four of them playing key roles as part of the team’s nine-man rotation.

The other three NBL Boomers, Brisbane duo Nathan Sobey and Cam Gliddon and Melbourne veteran David Barlow, barely played in China but will each enter NBL20 richer for the experience.

New Zealand, meanwhile, featured nine players set to suit up in NBL20, all of whom played some seriously good ball across the Tall Blacks’ five World Cup games.

Finishing the tournament with a 3-2 record, the Tall Blacks grabbed wins over Montenegro, Japan and Turkey and pushed both Brazil and Greece right to the final buzzer.

The Kiwis played a high-octane style that saw them lead the World Cup in scoring and their excellent play earned them all kinds of respect, as well as qualification into an upcoming Olympic Qualifying event.

Corey Webster was spectacular, finishing as one of the tournament’s leading scorers, while New Zealand’s other Breakers – Finn Delany, Rob Loe, Tom Abercrombie and Jordan Ngatai – all stood up at various times.

Finally, Sydney Kings Next Star Didi Louzado played well for Brazil, starting three of their five games and further demonstrating why he will be a key contributor in the Harbour City this season. 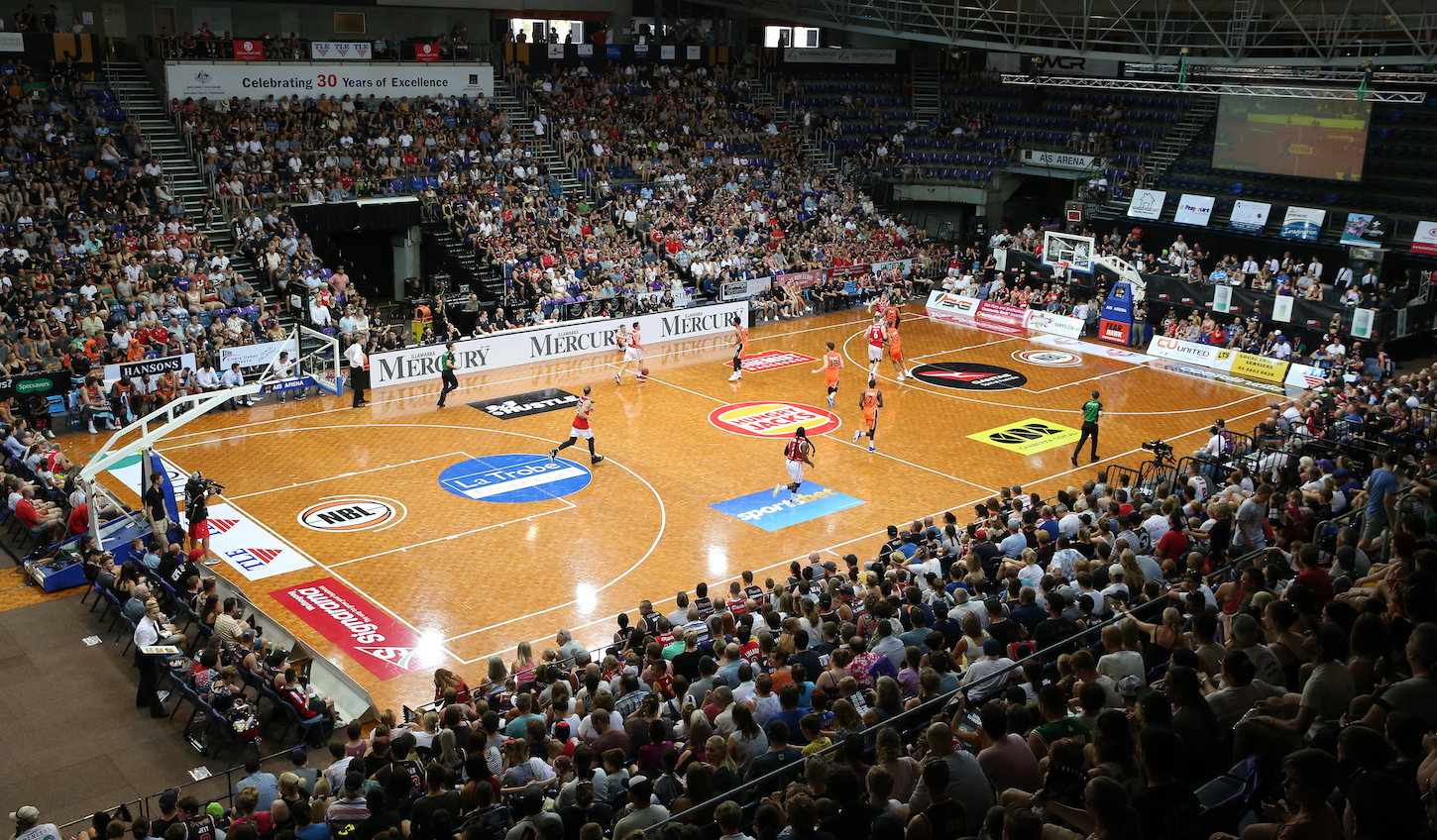 Illawarra Hawks Set To Bring NBL Back To Canberra
The Illawarra Hawks have announced that they will be returning to the nation’s capital with another action-packed game this 2019/20 NBL Season. After successfully bringing the NBL back to Canberra...
2 Likes